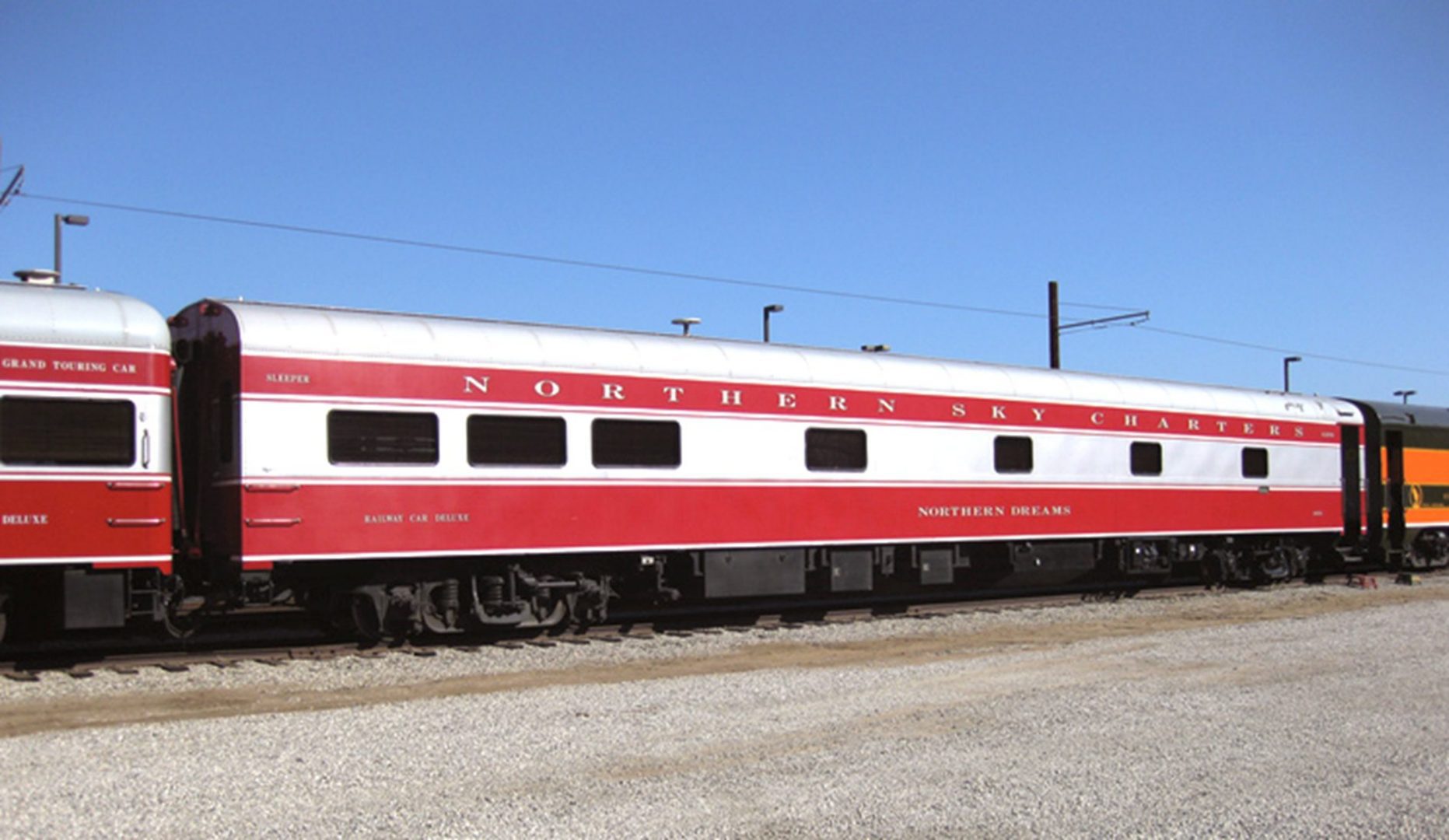 Three historic rail cars built by the Pullman Company will be on display as part of the Grand Opening celebration for Pullman National Monument and Pullman State Historic Site on Labor Day weekend, September 4 and 5, 2021. An Amtrak 50th anniversary P-42 locomotive will move the three Pullman cars—Northern Dreams, Promontory Point, and New York Central 3—to the 111th Street/Pullman Station on the Metra Electric Line, where they will be stationed for the event.

Tickets to tour the cars will be available day-of with a suggested donation at the Information Tent, which will be open starting at 9 a.m. on Grand Opening weekend at the southeast corner of 111th and Cottage Grove. Tickets will be available on a first-come, first-served basis. Donations will benefit Historic Pullman Foundation, the nonprofit partner to Pullman National Monument.

Tour information
Tours of the three Pullman-built rail cars will run from 10 a.m. to 4 p.m. on Saturday and Sunday. To take a tour, first stop at the Information Tent at 111th Street and Cottage Grove to acquire a ticket with a suggested donation. Each ticket has a reserved entry time. Please plan to arrive at the tour site 10 minutes prior to your tour time. Tours will depart every 15 minutes and will last approximately 35-40 minutes.

Participants will be required to wear a face covering. Pullman National Monument will provided updates on COVID-19 guidelines to the event website; please note that grand opening weekend activities may need to be adjusted to account for current guidelines. Also, because these rail cars were built prior to the Americans with Disabilities Act, the tours are not ADA accessible. In addition, no food, drinks or strollers are allowed on the rail cars.

The American Association of Private Railroad Car Owners and volunteer docents will provide the tours. See below for information about the rail cars you will see on the tour.

Getting there
Visitors to Pullman on Labor Day weekend are encouraged to take public transportation to the event. The Metra Electric Line serves Pullman with stations at 103rd, 107th, 111th, and 115th Streets and Cottage Grove Avenue. A free event shuttle will make stops at 103rd and Gately Park, the 107th Street Metra Electric Station, and the 111th Street Metra Electric Station, as well as key event destinations. Numerous Chicago Transit Authority bus routes and two Divvy stations also serve the area. The Regional Transportation Authority Trip Planner can help you find the best public transportation route for you. Limited parking will be available on public streets, as well as at House of Hope, 752 E. 114th Street, and Gately Park, 810 E. 103rd Street. The shuttle will also make stops at the parking lots. 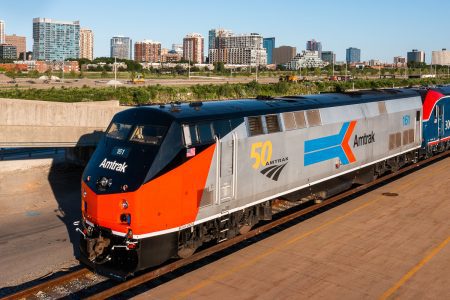 Locomotive number 161 was manufactured by General Electric. The P-42 is the workhorse of the Amtrak diesel fleet with more than 180 units in active service around the system. P-42s haul Amtrak long distance transcontinental and corridor trains on routes not electrified. They can travel up to 110 mph, where track and signal conditions permit, and can generate 4,250 horsepower. Number 161 has been repainted featuring new anniversary logos celebrating 50 years of service of America’s Railroad®. 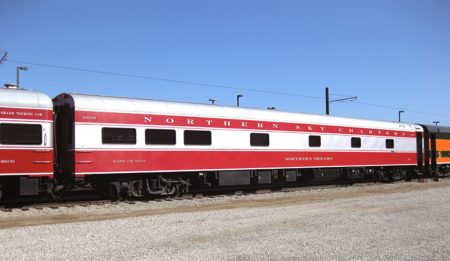 The Northern Dreams observation car was built by Pullman-Standard in 1955 for the Northern Pacific Railroad.  Originally named North Platte, the car had five double bedrooms and a buffet.  In 1956, the car was rebuilt by Union Pacific to an 11-bedroom configuration and renamed Star Scene.  The car was sold to Amtrak in 1971 and modified for service on Amtrak’s Virginia-Florida Auto Train.  Amtrak retired the car in 1997.

The car was sold to its current owner in 1999.   Renamed Northern Dreams, the car interior was refurbished in 2013.  It currently includes six double bedrooms and a lounge and is equipped with surround-sound home theater, TV/VCR/DVD, kitchen, full meal service, and Wi-Fi. 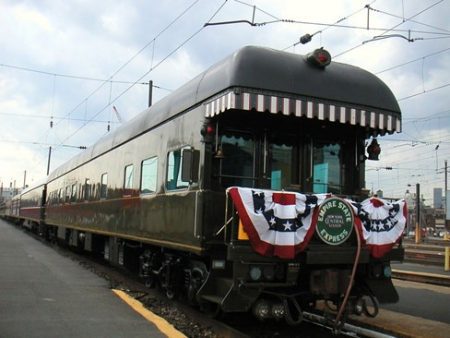 The NYC3 was built by Pullman in 1928 for Harold Sterling Vanderbilt.  Vanderbilt was a director of the New York Central Railroad which had been founded by his family three generations earlier.  A typical business car of its day, the NYC3 served as a traveling office and hotel for railroad inspection trips, business entertainment, and personal travel.

In 1992, with the aid of original Pullman builders’ photographs, the car was remodeled to its approximate 1930’s appearance while also upgraded with modern technology and conveniences.  The floor plan maintains its original design, with the exception of a working tile fireplace in the dining room which was removed during a previous renovation following World War II.  The car currently includes two master bedrooms, two double bedrooms, two showers, a dining room, observation lounge, and open rear platform.

Through the years, the NYC3 has played host to film celebrities, wealthy tycoons, and even presidential whistle-stop campaign tours.   Presidential candidate Adlai Stevenson used the car in his 1956 campaign against President Eisenhower, and more recently, opera singer Cecilia Bartoli enjoyed its comforts between New York and her West Coast debut in Los Angeles. 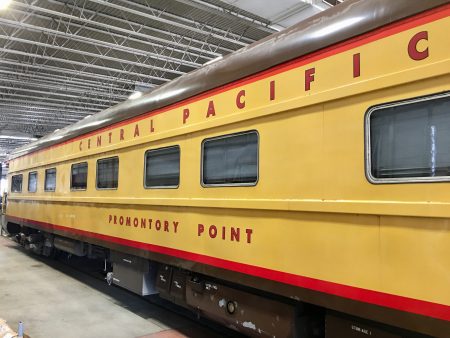 The Promontory Point business car was built by Pullman in 1953 for Union Pacific Railroad.  Sold to private owners in 1997, the car was renamed Promontory Point to commemorate the location in Utah where the nation’s first transcontinental railroad was completed with the driving of a golden spike on May 10, 1869.

This private railcar features a lounge, a secretary’s room, a formal dining room with chandelier, full kitchen, and an open-air platform.  Mahogany paneling is used throughout.  The car’s two master bedrooms are equipped with queen size beds, large closets with overhead suitcase storage, and two large windows for enjoying the scenery.   Each bedroom has an attached toilet and shower room.   A third bedroom includes single bed and also has its own toilet and shower room.

President Jimmy Carter used the car for a whistlestop campaign in 1976, and Frank Sinatra once used the car to travel from California to Chicago for a New Year’s Eve party.

Tickets will be available day-of with a suggested donation at the Information Tent, located on the southeast corner of 111th Street and Cottage Grove Avenue.